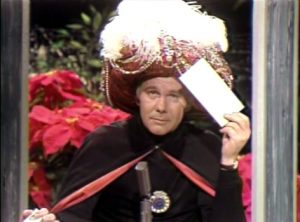 I was asked a few times this week to get this posted, so in what it seems to have turned out to be a bit of a tradition, here are my thoughts and predictions for this year’s big race.

Instead of giving you the complete line up, I’m going to just highlight a few of the story lines that I will be watching. Depending on the day, there’s always a chance for a new name and a shake up in the front, especially on the bike, but with that exception, here’s how I see it. But first, it’s worth mentioning the day itself.

Modern History (let’s say since the ’89 Ironwar) has given us 2 really bad days out there. 1997 and 2004. Kona is always a hard day, but those 2 stand out as horrific. Seems we’re due for another. I went back to see if the weather almanacs showed anything particularly interesting for those 2 days and there really wasn’t. There are no (public) weather measurements on most of the Queen K, so there really isn’t record of the torture for most of the ride. Really just Kona and Hawi to look at. The only similarity I saw was that both days showed Kona winds coming from a southerly direction, which doesn’t seem to be the norm (but wasn’t quite 100% unique either). That means a true headwind all the way home. Saturday’s forecast is a South wind, so we shall see. Anyway…

-The Real Starky enters legitimacy. It started as a great parody of one of the more outspoken pros, then it got just mean. Then he made enemies with some of the biggest names in the sport. Now it seems, he’s rounding the corner, and broader acceptance is within reach.

-Someone gets popped. I’ve read that there’s a bunch of testing on the island. I predict a pro or 2 get nabbed as well as a handful of age groupers.

-Ironman enhances the coverage. Ok, wishful thinking. As a friend mentioned to me though, World Triathlon Corporation is the only 800 million dollar production company without their own app. As popularity slips in the sport they could easily stop or stall that with better delivery of their races.