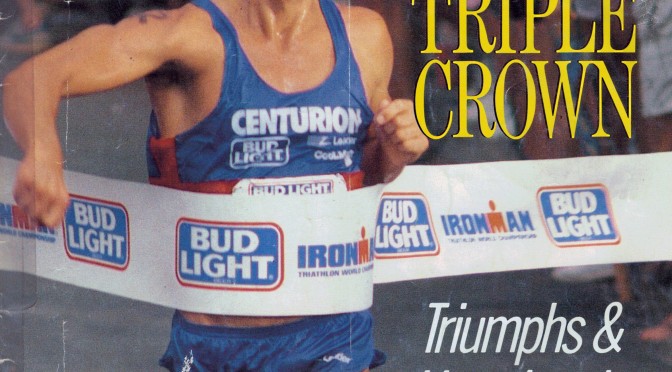 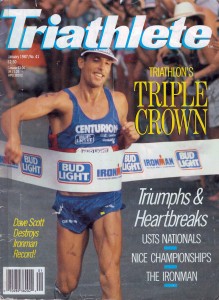 Here is the men’s list of starters for Saturday:

Of that list, here’s who I think can contend for a podium, and why I think they could or couldn’t win:

Bib     Name
1     Frederik Van Lierde   – Last year’s champion. He has no weaknesses, but there’s a lot of pressure to defend. Now that race plans will be based on his movements, winning will be much tougher.
2     Luke McKenzie   – Breakout year last year and lead for much of the race, but has a new baby this year and that adds a new wrinkle to training life and bends focus.
3     Sebastian Kienle – A bit of a monster on the bike last year in perfect weather. Rougher weather could lower his chances, and that boy-band hair adds 12 lame-o minutes to his time.
6     Timothy O’Donnell – 5th last year, new coach this year in Mark Allen. Stopped racing so much and is focused on Kona. Married a 2 time champ this year who eats nails for breakfast. Swam and ran same splits as Frederik last year. A better bike ride puts him in front.
9     Jan Frodeno – Olympic Gold Medalist, strong and fast in all categories. He wondered out loud in an interview that he wasn’t sure why no one had broken 8 hours yet. Everything says he should be a shoe in for a victory at some point. Except it’s his first Kona and he’s big.  Big is tough in this heat. Just ask Macca. He will make it interesting for sure.
11     Craig Alexander – 3 time champ had the fitness last year but flatted and worked too hard to get back. The guy has an insane travel schedule and a family, but knows how to prep and win. Could be an epic day if he’s off the bike in good shape.
12     Pete Jacobs – He’s won before so he has to count as a contender, but can’t stay healthy.
15     Andy Potts – No real weakness, and always in the front early, but is a big guy, so he needs a cushion on the run if it’s hot.
24     Marino Vanhoenacker – Has the talent, but man this guy knows how to blow up at the end of a marathon.
25     Eneko Llanos – Raced a ton last year, and backed off this year to focus on Kona. New baby in the mix. Has Dave Scott as his coach so he’s got good direction. When asked in an interview if he thinks he can win this year, he said he thinks he can do really well. Humble or lack of confidence?
28     Faris Al-Sultan – Has won before and always in the hunt. The ladies dig him so he’ll gain a few minutes on the run just in ladies screaming.
48     Bevan Docherty – Has some serious closing speed on the run, but is fairly new to Kona.
54     Andreas Raelert – Probably should have won in 2010, but hasn’t shown that form since.

Of that list, here’s who I think can contend for a podium, and why I think they could or couldn’t win:

Bold Prediction: 1.Rinny 2. Rachel Joyce 3. Caroline Steffen 4. Leanda Cave ....in one of the closest finishes we’ve seen. Won’t be decided until after mile 20.

Can’t wait to find out. Disagree with me? Let me have it. Some good trash talk will do nothing but make the day better!