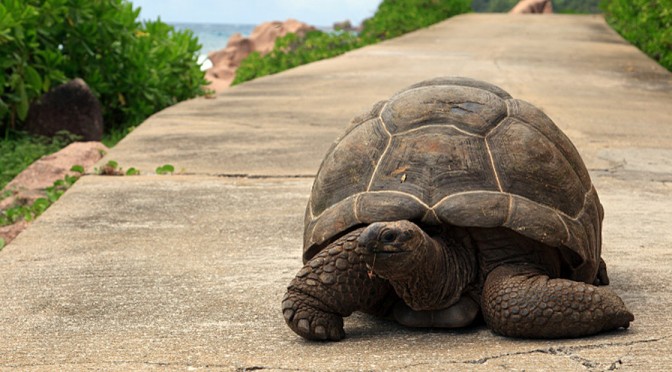 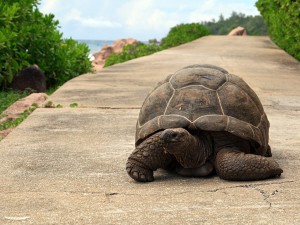 During a ride a few months ago I got into a discussion regarding “going slow” to go faster. The discussion took off in a number of different directions, and I thought it was worth writing about. So I thought I’d explain, in plain English, this idea of slowing down to go faster.

The first time people see this idea in a magazine or website, it doesn’t seem to make a lot of sense. Why on earth would I slow down if the goal is to get faster?   This thought process is a common one and not well understood. The premise behind it is that you ease back your training intensity to improve your aerobic capacity and add volume, by going slow, your body is able to make adaptations that it otherwise couldn’t if you were always pushing the intensity, thereby making you faster. The problem here is the way it’s represented. “Slow” is a rather horrible description for it, as speed is relative. Most of the time it’s phrased this way because those who enjoy constant intensity are not especially efficient, and therefore need to slow down considerably from the intensities that they normally train. People in our sport like to stick this concept on Phil Maffetone or Mark Allen as their philosophy, but that’s not entirely correct.

Mafetone/Allen’s methods aren’t magical or mystical. Nor are they new. Maffetone is basically rehashing Arthur Lydiard, one of the most famous and successful running coaches ever.  He just added a heart rate element to it and created an age based formula (180- age) that made it quick and easy to find a heart rate target. Fact is that the principles that Lydiard used are used by a majority of elite endurance professionals. (Lydiard insisted on a large base before any speedwork entered the picture, including those who ran the half mile). Most of those at the top train surprisingly similar.  The nuts and bolts of what they are doing is to bring your intensity/heart rate down below the Lactate Threshold just enough that it’s sustainable, easier to recover from, and metabolically allows for a large amount of fat to be used as fuel. This allows for an myriad of other adaptations, such as capillariztion of the muscles, creation of more slowtwitch muscle fiber, strengthening of tendons/ligaments, fewer stress hormones like cortisol and adrenaline shooting through your system, more mitochondria, more enzymes and on and on. It also dramatically lowers the occurrence of injury. Then intensity is slowly added back in. This is a big piece that is overlooked by the folks who prescribe to lots of intensity in your week of training. If you just look at simple skeletal muscle adaptation, you are missing a significant piece of what’s going on.

Most (including myself) will tell you that age based formulas can be pretty inaccurate, but they are designed to hit the top of the bell curve. So an average person that uses the formula won’t be too far off.  To understand where Maffetone’s formula is trying to get you, let’s look at the two formulas. Let’s start with a typical 20 year old.

For most people, your lactate threshold usually happens at 85% of your maximum heart rate, but for some it can be as high as 90%. When you train at threshold, you have essentially turned off the ability of burn fat as a fuel, stress levels are high, and acid levels rise which create micro-ruptures or tears in the muscle. If you take 85% of the 20 year old’s max heart rate, you get170.  But Maffetone wants  you to train below that number with his formula, and if you back off your threshold a little it’s something that can be sustained for quite a while. 80% of max heart rate is often where you find people racing a half Ironman. And 80% of 200? You guessed it. 160.

So if this is geared at doing the bulk of your training at or below this “maximum” which is just below threshold, why do so many describe this as slowing way down? That’s simple. There are a lot of people that are incredibly inefficient aerobically. They might be fast in some aspects but as the race drags out, they fall apart. Where do you fit? Go try it out. Some of you will feel uncomfortable running that fast. Others will find themselves just about walking. The good news is that the human body is amazing at adapting to make itself more efficient. Use a shovel all day? Calluses form to protect you. In the sun a lot? You get a tan. This is no different. It doesn’t take long before that 9 minute mile becomes 8:55 which becomes 8:20. So instead of looking at your “slowness” through the eyes of frustration, look at it as though you found a little nugget of low hanging fruit that you can work on.

And this is where the blame game comes in. “That doesn’t tell me anything except I need more intervals to increase my speed”, “heart rate is extremely unreliable as a tool”, “Everything you do helps aerobic capacity no matter how intense”, and on and on. Of course if all this were true, then no one would feel that they are running “slow”.

Which brings me back to our discussion a few months ago. Turns out that those I was chatting with felt that training slow was sometimes too fast to be comfortable, and this can certainly be true. We have a weekly ride that gets incredibly brisk as we approach the season. But we have firm rules in place regarding intensity so it remains aerobic. People join our rides and often get dropped, later claiming it’s just one big race and it’s “dangerous” as their reason for getting their ass handed to them.

I guess that’s just what happens when you ride slow…