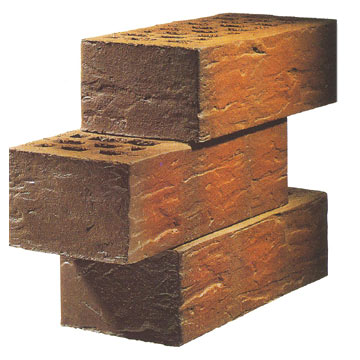 If you’re new to this sport, you will soon hear the term “brick” if you haven’t already. If you’ve been doing this sport for a while you probably hear it on a regular basis. The term “brick” refers to the training of two sports sports back to back without any rest. The term was created back in the late 80’s or early 90’s, when a pro triathlete and his training buddy (who would become the executive director of USA Triathlon) would do this type of training, and at the end, make a habit of quoting a Pink Floyd song. “Well, knocked that workout out. Another brick in the wall”. Over time that phrase stuck to that particular workout and became known as simply, “the brick”.  Most often people train on the bike and then immediately follow it with a run, in hopes of some race day simulation for the body. For some, bricks are a regular part of the workout diet.  For others, they skip them all together. Most of us fall somewhere in between.

For those who are regulars to the workout, they will argue that it helps your body adjust to the next sport quicker and teaches you to (in the case of the bike-run brick) run strong on tired legs. While we could discuss the virtues of the bike run brick, I’m going to save those, if any, for another day. What I did want to hit on was what I think of as the more important of the two bricks. The swim to bike brick.

On the bike to run brick, your cycling muscles are fully engorged in blood. Get off the bike to run and your legs will feel like lead. Partly because fatigue is setting in, but partly because the blood is sitting in some of the wrong muscles. For most it takes just a few minutes for the blood to shift an inch or two to the correct muscles before you feel like you have your running legs back. The fitter you are, the more blood vessels you have, the faster you get the blood moved over to those neighboring areas.

The swim to bike, however, is an entirely different equation. First of all, instead of using the same or neighboring muscles, the muscles you use for the swim are at the opposite end of your body. Back, shoulders and arms are all quite a distance from your calves and quads. So the travel time is considerably longer. Next problem is that you go from horizontal (swimming) to vertical (running to your bike and then biking). You also move from a zero gravity environment in the water, to gravity in all its glory. This creates adjustments that your body will need to make, not just with the muscles, but the organs as well.

These differences present some much different problems. First off is just standing up. With all the blood either in your shoulders/arms and balanced evenly in your organs for a weightless environment, you are going to feel horrible in about 10 seconds. Headrushes, dead feeling legs, and a heart rate that is going through the roof are all part of the fun. You will often see a very large number of people walking from the water to the transition area on race day for this very reason. Unfortunately it doesn’t end there. When you climb on your bike there is a high probability that your body is still working hard to reallocate it’s resources. I’ve found that it takes me as long as 20 minutes to get fully adjusted in an Ironman. Others mileage will vary based on how hard you pushed the swim, race distance, swim ability, etc., but you get the idea. Where a bike/run run lasts about 3 minutes to fully adjust to, the swim to bike acclimation takes a much longer time.

So why don’t many people practice this transition? Two big reasons. First is logistics. It can be hard to find a body of water that allows easy and quick access to the roads you ride. Short of a lake or outdoor pool that meets the critera, an easy fix could be your fitness center. Go get a really hard swim in. Hustle through the locker room and climb on a trainer just as fast as you can and then gun it. It’s not perfect, but it can help. Second is that water is involved, and triathletes as a population just don’t like to swim. So anything that includes water will more often than not be put to towards the bottom on the list of priorities.

Do yourself a favor and try and work one of these types of workouts in just once this summer. See if it helps, ’cause the last thing you want in your next race is to be still sucking wind 30 minutes into the bike ride. Happy Training.