If You’re Doing An Ironman, Focus on the Run

The discussion begins something like this: “I signed up for an Ironman and would like to know, all things being equal, which of the 3 sports will have the most impact on my success and therefore, which sport should I focus more of my attention to?” 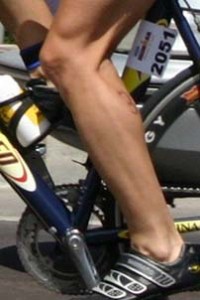 The theory starts to fall apart however, when it’s greeted by the reality of the day. Unfortunately, the Ironman is not performed in utopia, so things will start to deteriorate at some point in the race. Even the overall champions admit that at some point they are out there surviving and not racing anymore. Often you drop into survival mode a few times during the race.  So with that mindset, which event do you want to be most prepared for?

Many people I have listened to point out that the stronger and more prepared on the bike you are, the fresher you will be for the run. I won’t disagree that you need to be prepared, but I’m not sure that this translates into fresher legs on the run. People who prepare more for the bike still exert the same effort as they would with lessor legs, they just finish the ride a little sooner. (And if that was truly how this whole thing worked, why wouldn’t everyone prepare like crazy for the swim, as that really will set you up to be fresher on the bike, and then so on). Look at some of the top pro’s in Hawaii. Almost every year we see some of the strongest cyclists in our sport melt down on the run and finish well back of the leaders. Not exactly fresher legs from their bike preparation. This leads me to my point of the importance of the run.

Let’s say you didn’t prepare as well as you would have liked on the bike ride and have some rough stretches. If  you are averaging 20 mph on the bike,  hit a wall and drop to a 15 mph average, you will lose 1 minute for every mile. While this isn’t a good situation to be in, you know your focus has been the run and just need to get off your bike to turn your day around. We get to see this often on tv. Someone has a tough day on the bike, but they are able to run themselves back into the race. Remember Dave Scott in the 1996 Ironman? He got off the bike in 26th place and ran his way into a 5th place finish. There are dozens of examples just like Dave. 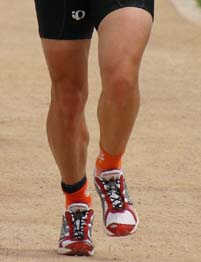 On the run however, if the goal is to hold 8:30 per mile and you hit the wall, you’re walking, which is typically around 18+ minutes per mile. Now you are losing 9:30 per mile. If a good placing was the goal, your competition will eat your lunch in a matter of a couple of miles. If a good time was the goal of the day, tacking on 9 and a half minutes every 5280 feet will kill that personal best in a hurry. To put it another way, in the hour and a half it takes someone to put up 30 minutes on you on the bike, you will only need about 31 minutes to get all that time back on the run.

Of course the key to any race is to prepare for all aspects, so I am not suggesting that you slack off the other sports and just go run. What I am suggesting is that the greatest swing in performances comes on the run. When people wither on the run the impact is exponentially greater than the other two sports. The fact that the run is last, which increases the probably of hitting the wall on the run course over the other two legs of the race only strengthens my arguement.

Training for an Ironman is a long and grueling process. Whatever your goals may be on race day, make sure that all that training is done in a manner that is well thought out and in step with your raceday plan.  Even if that means you still want to focus on the bike.